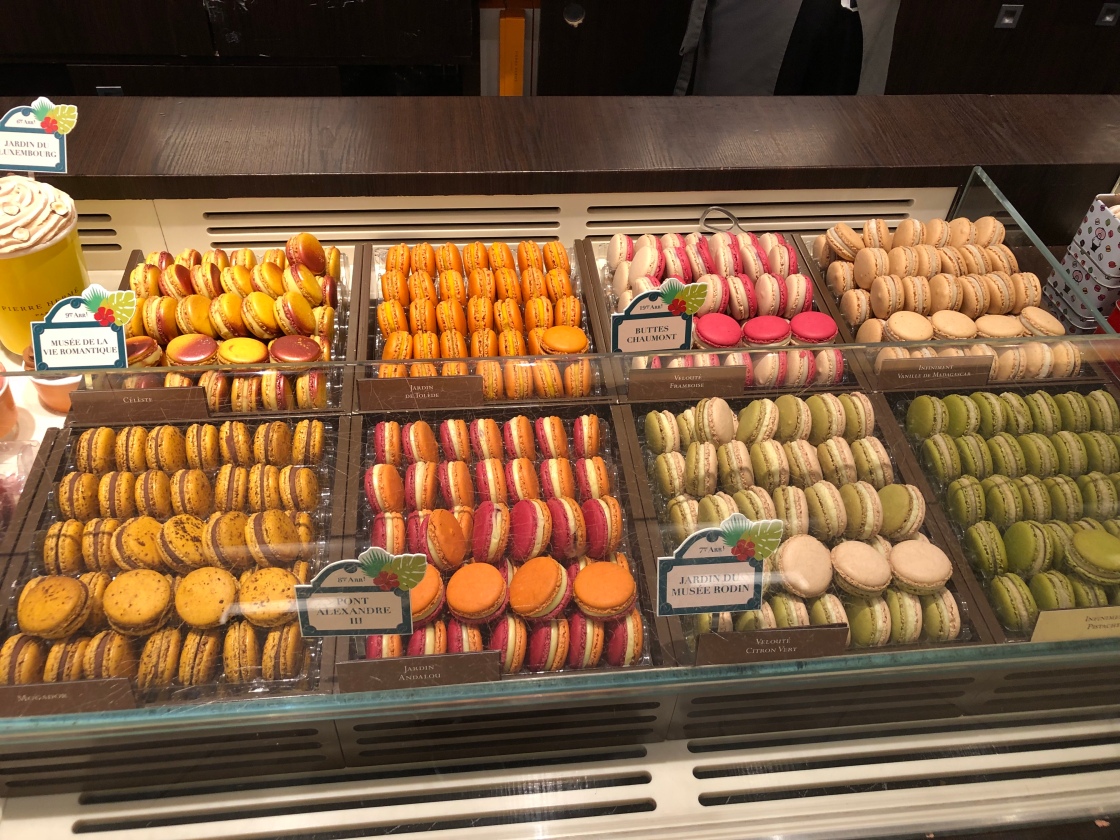 Where to Eat in Paris

Paris practically offers an infinite number of options when it comes to food. Every street it seemed had a restaurant, cafe, patisserie, boulangerie or any combination of these where you could grab a snack or a full meal.

I nearly exhausted myself researching the best restaurants in Paris according to Eater and Ina Garten. I got recommendations from friends. I ate some amazing food, but never made it to all the places that made my research list!

Below you’ll find details about where I ate in Paris, and some additional recommendations of places I think are probably great but that I never made it to. But first, I’ll provide you some tips for eating out in Paris if you’re a first timer.

Tips for Dining out in Paris:

And now the good stuff – where I ate in Paris.

This little cafe is just across the Seine from the Louvre – which I didn’t realize until I went for a walk after dinner! A fellow foodie friend of mine had eaten here and talked about how great the food and wine were. The menu is small and traditional – I had the steak frites and it was really good! Also a glass of bordeaux to go with it. It’s a very classic cafe that spills out onto the sidewalk.

They make buckwheat crepes here which are different than a traditional crepe – but I read a couple articles about how great they are – and I agree! I had a simple ham and cheese but there are lots of sweet and savory varieties. They also have cider on tap but it’s more yeasty than the cider we get in the states. It was a little funky but I enjoyed the experience.

This restaurant was recommended to me by a local (friend of my cousin) and it was amazing!!! Casual vibe but the menu is geared towards reasonably adventurous eaters. It’s very innovative, fresh and delicious. This was my favorite meal in Paris and my second favorite from my entire trip.

My very last night in Paris I ate here out of convenience – I had just gotten back from Italy and it was super close to my hotel. But it was great! Like other cafes it was super quaint but this place had a very extensive menu of both Italian and French food. I closed the trip with the same meal I opened with – steak frites. It’s a classic that never gets old!

This is an African tiki bar, off one of the main streets near the Canal St. Martin. You have to look for an entryway with a sign that  says Bienvenue and points you down a bit of an alley to get there. It’s probably a better late night spot but I dropped in one afternoon for a cocktail and croque monsieur. It’s definitely worth a visit – super cool atmosphere and great cocktails.

I went here one afternoon and had the rosemary pastry, which was recommended by Ina Garten. It was just as amazing as I thought it might be. It had a rosemary shortbread crust topped with a vanilla cream of some sort and raspberry. There is a savory bakery around the corner/next door-ish so make sure you go to the one with the desserts, not the one with just breads.

This is THE place for macarons. There is a location in NYC that I have been to, but this one is where it all began. There are several locations around the city but the one on the Champs Elysses is the most impressive, even from the outside. They have both macarons and classic pastries but I kept it basic and just ordered 3 macarons.

Also a famous pastry shop, the macarons here were equally as good as Laduree but with slightly more exotic flavors. I mean, you should probably just go to both and see what you think!

This place has the very best ice cream ever! I had passionfruit and pineapple basil. It tasted like creamy fresh fruit! It’s located on the island next to Notre Dame. Be prepared to stand in line (at least I had to) but it’s definitely worth the wait! (It should be noted that they close during the month of August, but, there are a lot of shops on Ile St. Louis that sell the ice cream).

This place is like a Dean and Deluca on steroids. It’s worth just walking through to see the cheese counter and the massive case of butter. But if you’re considering a picnic (and you should) this would be a great place to get your snacks. They have every food item you can possibly imagine, both canned and shelved. It’s a food lovers heaven for sure.